Incorporating the Sense of Scale in Photography 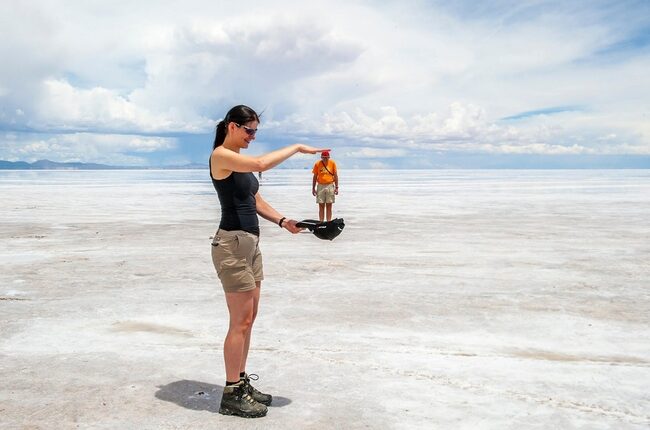 Photography is full of magic and wonders. Whether one is capturing mother Nature or the portrait of a lady, certain photography rules need to be followed. To make every photo appear perfect, photography must have a basic understanding of the photography tricks and rules. One such useful trick in photography is using scale in photos.

What is a scale in photography?

Scale in photography is the comparative size that gets processed in the human brain. It helps to explain the object size when revealed next to anything of a different size in the same image. The use of scale in images is a popular concept and implemented by the majority of photographers around the world. it renders a three-dimensional appearance to any object focused in the picture.

The importance of scaling in photography

When a person captures an image, he/she has to consider the dimensions of the captured object. The photographer, furthermore, also needs to bring out and showcase the dimension. One of the easiest and most efficient ways to do this is by offering a sense of scale to the photography.

Incorporating or using scale in photos aids in the easy understanding of the size and distance of any object snapped and focused in the photography. Moreover, using the sense of scale in photography also establishes the importance of the subject captured. Hence, the concept is so important and given so much value by photographers.

The challenges of using a sense of scale in photographs

Often while capturing a perfect picture, the human mind becomes the biggest obstacle. It is the viewpoint of the photographer and the subject of the image that needs to be considered. For instance, when a landscape is captured, people are requested to move away to avoid ruining the image.

One of the challenging aspects of using scale in photos is determining the subject to use when one is trying to showcase the size of some object in the image. Whether one wants to make it appear larger or smaller depends on the subject used. This can be taken to another level with the right placement and angle of the subject being captured. This can have a significant impact on the outcome of the photos.

Adding a sense of scale is even more challenging because so much planning and technique go into one single shot. Even if one small aspect is missed out, the whole perspective of the image as planned to portray goes for a toss. A simple object and subject can help to add a scale, but the difficult part is the comparison.

The sense of scale in photography transforms with the camera lens one uses. Some of them are:

Using scale in photos is not an easy task. But it is a skill that can be learned with practical training, thereby enjoying a positive impact on photography. One can use different techniques to showcase a sense of scale. This helps to make every photograph look as impressive and vivid as real life. With practice and time, one understands the basic and start utilizing the sense of scale in photos.

Maternity Photography: A Beautiful Way to Remember Your Pregnancy

Tips for Choosing the Perfect Theme for Your Wedding…

Ten Reasons Why You Should Hire a Photographer for Your…

Tips for Choosing the Perfect Theme for Your Wedding Video

A Brief Understanding Of Why Professional Editing And…