Getting the Most Out of Your Gimbal for Smartphone Filming 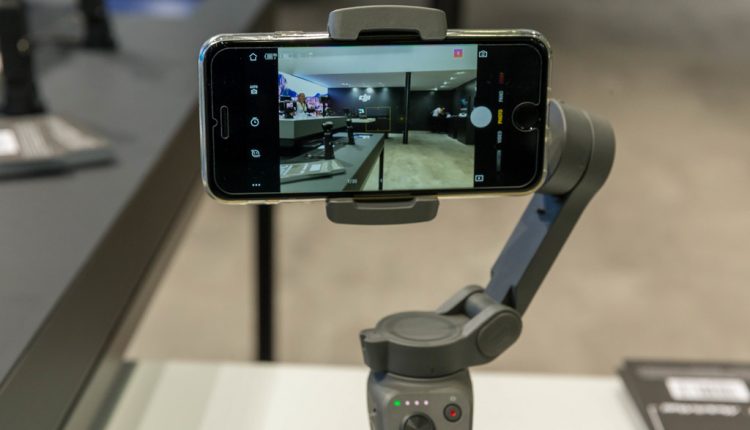 With the prevalence of social media apps and the quality of smartphone cameras these days, it’s no wonder that serious filmmaking accessories for smartphones are becoming more and more popular. It’s not only that amera quality and processing power has increased exponentially, it’s also the sophistication of the editing apps which in many cases are quite incredible. There are award-winning films, photographs and even music albums all being created from smartphones. Gimbals have long been an essential tool on any professional set but now we’re seeing them being used a lot more and on a smaller scale among vloggers and youtube creators who are seeing a great deal of success with it.

What is a Gimbal?

Firstly, let’s clarify what a gimbal is, exactly: in essence, it’s basically a device that holds your camera or smartphone steady so that there is no jerky movement when recording a moving shot. The general standard of today’s gimbal is a 3-axis device that stabilises the roll (back and forward movement), pan (horizontal) and tilt (vertical) of the camera. There are 2 and 1-axis options that sometimes align with the price tag but generally, for what you get, it’s a safer bet to opt for a 3-axis gimbal. Especially as the 3-axis offerings have a motor to ensure total stabilisation, control and even more features which we’ll look at later.

Virtually every camera these days has some form of in-body stabilisation but when compared, it’s certainly a lot smoother to employ a gimbal. This also guarantees that the shot won’t need retakes because of shaky hands or anything like that. A gimbal is a versatile tool that like a tripod, soon becomes an essential in any videographer bag.

Some of the standard features for smartphone gimbals are: dynamic zoom, steady panoramas, slow motion and active tracking to name a few. You’d be surprised at some of the functionality of these smartphone gimbals as they can sync up easily across a proprietary app. This means that your filmmaking can be elevated to new levels thanks to modern smartphone gimbals which have a lot of the controls (buttons and sliders) on the gimbal handle for ease-of-use. Do check beforehand with compatibility as there are so many smartphones on the market now, it’s worth knowing beforehand if yours can sync with the gimbal you’re looking at buying.

The great thing about smartphone gimbals is that they’re handheld which means no harnesses or heavy cinema-camera gimbals to carry. Their compact nature also means that they’re perfect for any travel videos you may want to capture. The majority can easily fit into a backpack with space to spare. This is a real attraction for me, knowing that I can pack it just in case without it being prohibitively heavy or large to transport comfortably.

As mentioned in the features list, modern gimbals can add a whole host of new possibilities to your filmmaking. Clean pans, transitions, sweeping shots from foreground up, scene-setting panoramas and many more. As I mentioned it’s a really versatile tool that just frees up possibilities rather than being somewhat restricted without one. Learning how to use a gimbal effectively will take time of course; you’ll need to find out what movements work and how to get the most from the device itself but this is no doubt part of the fun of filmmaking: exploration and discovery. You’ll quickly learn how stabilisation can impact a scene as it is used for establishing shots, revealing subjects in the frame, providing that illusory floating camera-effect that is so essential for creating the magic of cinema.

There are always considerations to take into account before buying anything that you’re hoping to get a lot of use out of. I’ve already mentioned checking the compatibility of your smartphone but there are other considerations. Price is the first and foremost and there are a lot of great options out there but, I will say that finding a quality device that stands the test of time; this is reflected in the price. However, as I’ve already said, there are a great number of affordable and quality options too. Other considerations could be things like battery life and charge time depending on what you think you might be using your gimbal for, there may be some with limiting battery life.

As I’ve said from the beginning, a gimbal is a hugely versatile tool for any filmmaker, from professional to amateur. So having one available to you for making smartphone videos will result in a huge boost in quality. It’s also, quite simply, a great device to practise the art of filmmaking and to learn by doing so.

Charlie Jenkins is a filmmaker and content writer for Bounce Video in Oxford UK. Bounce specialises in capturing and telling emotive stories through carefully crafted and produced videos for a whole host of clients.

How experience plays a vital role in the field of…

A Beginner’s Guide To Maternity Photoshoot

Tips for Choosing the Perfect Theme for Your Wedding Video